I'M IN LOVE WITH THE COCO 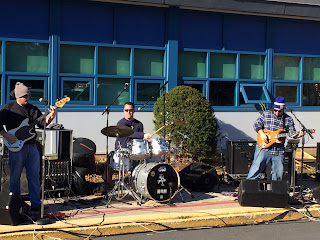 The Hot Coco 5k is always one of my favorite shows of the year. It signifies the kick-off of the holiday season, it offers most of us the rare opportunity to see the band while we are sober, and it has slowly evolved into quite the fun family affair.  Here's hoping this great tradition carries on!

Show Notes
(1) Start of road race
(2) Contained "Turn it over! Yeah!" teases throughout
This show was the band's 7th Annual Hot Coco 5k. No bass fires were reported at this show.

We Will Never Go Away 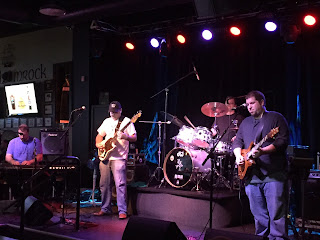 You've got to hand it to Guy Malone. There's not a ton of local bands that have been playing for almost two decades while constantly keeping material fresh. There's not many bands that can play in front of a dozen people and perform as though it was a packed arena. There's almost no bands that can  consistently produce new original content at the rate these guys have (yea, they debuted 5 songs last night). There's no hits or cover tunes to rely on. These guys just tap the fucking vein and let it rip!  When the Connecticut Bar Band Hall of Fame is created, these guys are easily on the first ballot.
The new tunes hit every point on the spectrum of awesomeness, including psychedelia ("Water on Mars"), shuffling blues dance numbers ("Cut off Your Hands"), dusted off favorites from old demos ("I Redeemer"), and straight up dark & dirty ("Down").
Guy Malone is certainly not for everyone, there's no doubting that. But that's kind of the way we like it. GM is a band for people that enjoy original, raw, unapologetic, creative, and rowdy music. If they're too loud, you're too fucking old.

This show featured the debuts of five new original songs: "Water on Mars", "Cut off Your Hands", "I Redeemer", "Remission" and "Down". No bass fires were reported at this show. 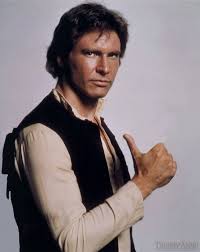