From the Arguyves : Blowing Off Some Steam 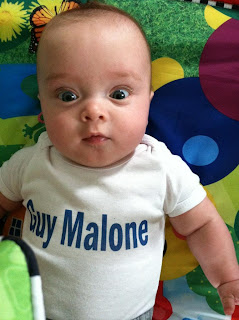 The latest addition to archive.org is another smoker from The Red Door right in the heart of the pigeons era.  While many songs are succinct and to the point, you'll find some dark and dirty (Dragging Me Down), rarities (Steam, Third Personality), classic balls-to-the-wall jams that made you like the band in the first place (Psycho Killer, Burn), and as always, stage banter that at times trumps the music itself.
Click the blue text for the archive download and enjoy.
GUY MALONE 10/28/2004 THE RED DOOR, WATERTOWN, CT

Show Notes
*First time played
(1) This debut of "Third Personality" was played in a much different style than its present incarnation. It ended with a "Lion's Mane" tease.
(2) Band introduced this song as "the first Guy Malone ballad". Jake claimed that he thinks about Terry Francona when he hears the song.
(3) "Steam" contained a "Monkey" tease.

This show featured the debuts of original songs "Third Personality", "Eye to Eye" and "Steam".  No bass fires were reported at this show

Dear Guy Malone,
Please play me.
Your trusted friend,
Off the Grid